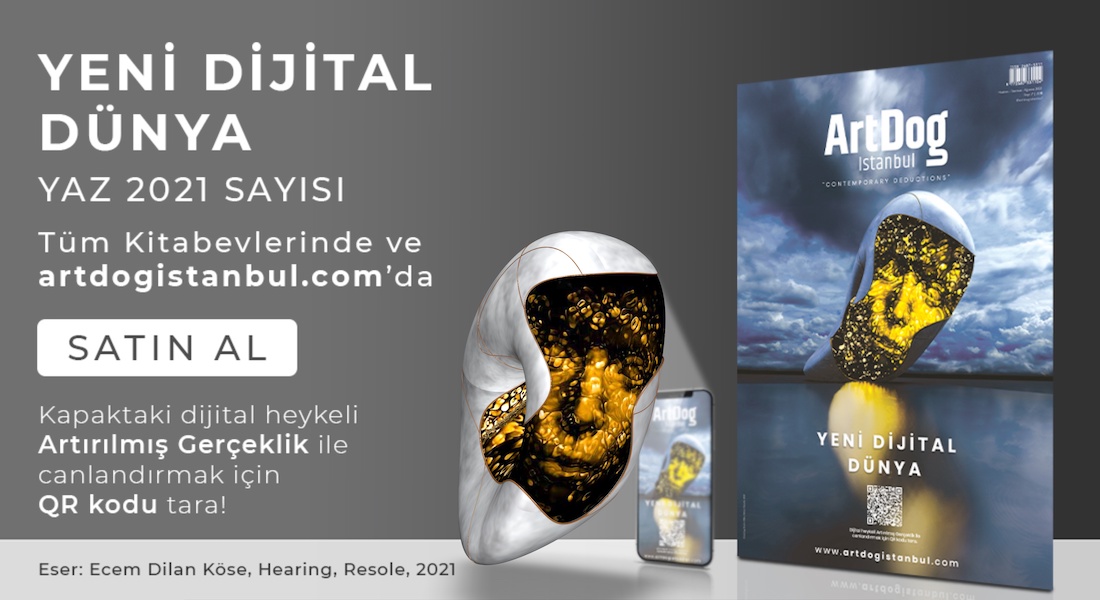 The last decade was full of successes for Turkish cinema. It began with Semih Kaplanoğlu’s Golden Bear win at the 60th Berlin International Film Festival with Honey (2010), his latest installment of the Yusuf Trilogy. The achievements of Turkish filmmakers continued to make the headlines through the 2010s. Nuri Bilge Ceylan, arguably the most well-known Turkish filmmaker, continued his Cannes journey by adding a Grand Prize of the Jury for Once Upon a Time in Anatolia (2011) and a Palme d’or for Winter Sleep (2014). Tolga Karaçelik’s Butterflies (2018) became the first Turkish film to win the World Cinema Dramatic Grand Jury Prize at the Sundance Film Festival, another notable achievement. Many Turkish productions and co-productions received awards across the Europe, the Americas and Asia, while many emerging directors attracted an international audience in the festival world. In 2020, many festivals around the world featured and awarded Turkish productions, despite the pandemic making it a challenging year for cinema globally.

2020: An Exciting Year for Urban Stories

For years, Turkish independent cinema makers and screenwriters have been stuck in a rut with films depicting the provincial and rural Anatolia. Often, directors try to evoke the audience’s empathy for the characters, but resort to exoticism or even orientalism to make their case. During the 2010s, some directors started telling familiar, relatable, and well-written stories of urban people in their films; such as Deniz Akçay’s Nobody’s Home (2013), Pelin Esmer’s Something Useful (2017), Kıvanç Sezer’s La Belle Indifferance (2019) and Emre Yeksan’s The Gulf (2017). This year, it seems, is another exciting year for urban stories. Although postponed by weeks or even months, and largely offering online screenings, the most prominent film festivals across Turkey moved on successfully in this strange year. The Istanbul Film Festival, which was delayed by three months, carried its National Competition online with an exclusive digital platform from the Istanbul Foundation of Culture and Arts’ (İKSV). The Golden Tulip award for Best Film was presented to Ümit Ünal’s Love, Spell and All That. It is a story of two women, once passionately in love, who come together a year later to break a spell one of them cast on the other out of desperation. In Ankara, Not Knowing by Leyla Yılmaz won the top prize. A successful student and athlete, Umut, disappears after being bullied by his teammates for refusing to answer whether or not he is gay. These are two urban stories that discover the weaknesses and hypocrisies of an educated and intellectual middle class, with strong queer characters who may be heralding a change in Turkish cinema. The Antalya Film Festival chose to go forward with socially distanced physical screenings, like its counterpart in Ankara, and awarded the Golden Orange for Best Film to Azra Deniz Okyay’s Ghosts. Already a festival favorite after its recent achievement in Venice, Ghosts tells the intersecting stories of four people during a power shortage in Istanbul. The Adana and Ayvalık Film Festivals also borrowed İKSV’s platform to reach a wider audience during the pandemic, while Adana chose to hold additional physical screenings. Ümit Ünal won the Best Director of the Year, the sole prize at Ayvalık with Love, Spell and All That, while Ercan Kesal’s You Know Him was awarded with the Golden Boll prize for Best Film in Adana. An acclaimed author, screenwriter and actor with a background in medicine, Kesal’s debut feature with its exhausting bureaucracy, tragicomical chain of events and desperate yet hopeful characters, is reminiscent of the Romanian New Wave and Armando Iannucci films. Kesal also leads the cast as a possible political nominee, trying to get the official nomination.

“In 2020, many festivals around the world featured and awarded Turkish productions, despite the pandemic making it a challenging year for cinema globally.”

Some other notable films at this year’s international festivals were Nisan Dağ’s When I’m Done Dying, Azra Deniz Okyay’s Ghosts, Erdem Tepegöz’s In the Shadows and Deniz Tortum’s Phases of Matter – all featured on this page. Another achievement of the year was by Burak Çevik, whose latest film While Cursed by Specters, a ten-minute meditation on Klassenhältnisse, was picked for the Currents section of the 58th New York Film Festival.

“Her şey çok güzel olacak.” The phrase is repeated in a catchy rap song that appears in Nisan Dağ’s When I’m Done Dying: “Everything will great.” This motto reminds the viewer of a very recent election campaign in Istanbul, resulting in the victory of an opposition candidate, which gave hope to many Istanbulites for the future– especially the young ones. In Karaçınar, a fictional slum of Istanbul, the reason many young people are passionately devoted toto rapping is that the same word–hope. A nineteen-year-old rapper from Karaçınar, Fehmi, is torn between hope and despair; he is an excellent rapper but also a hopeless addict to bonzai, a cheap and deadly drug. When he meets the twenty-something female DJ, Devin, the pair sail into a passionate relationship. He finds success in rap with Devin’s help, but when he tries to kick his addiction in return for her help, he collapses. With beautiful and original rap songs by Da Poet, dream-like animated segments and strong performances by the two lead actors, When I’m Done Dying reminds us of the struggle of young people with addiction and why hope matters. When I’m Done Dying recently had its world premiere and won the Best Director award at the 24th Tallinn Black Nights Film Festival.

In the Shadows by Erdem Tepegöz

In an industrial system where there is no chief or boss, but only cameras and loudspeakers, Zait advises a newcomer: “Do not break the order, do not get sick, do your job. Get your water, get your meal, do not stand out, do not interfere.” In this timeless dystopia with primitive technology and an omnipresent surveillance system, Zait is one of many mine workers who simply do their jobs. He thinks everybody is a newcomer until they are gone, and the system proves him right when he experiences strange things that he has never seen before: A broken machine, a mysterious disease, a strange sound coming from the pipeline, a skipped meal package and unattached cameras… He begins doubting the system and starts questioning, only to find himself in war with this monster with a thousand heads. Erdem Tepegöz’s In the Shadows may be pointing to a trend in contemporary Turkish cinema, following Orçun Behram’s The Antenna. Behram’s work is anotherr Turkish dystopia, which premiered in Toronto International Film Festival last year. It is equally gloomy, disturbing, profound and allegorical. But just as in Behram’s work, the technical achievements (Hayk Kirakosyan’s cinematography and the astounding art direction) outshine the director and his script. After its world premiere at the 42nd Moscow International Film Festival, where it was awarded with the Special Jury Prize Silver St. George, In the Shadows won multiple prizes at the Antalya and Bosphorus festivals in Turkey, and will continue its journey in Germany, the Czech Republic and Scotland in the following months.

Phases of Matter by Deniz Tortum

The four phases of matter, as we all learned in science class, are solid, liquid, gas, and plasma. Unlike the title suggests, Deniz Tortum’s subject is not the phases of matter, it is a story of what it means to be human. In an enormous human laboratory placed in one of the oldest and biggest hospitals in the middle of Istanbul, he lists the phases of human: Healthy, sick, and dead. Conscious and unconscious, perhaps – or doctor and patient. In a year that we truly understood the value of health care professionals, the documentary Phases of Matter looks at the lives of doctors, nurses and hospital workers through the different phases of matter and human life. Seeing someone laugh, joke, grumble or even be scolded at, makes them more human. Seeing the blood, the gore and the body parts, feeling the tension and pressure, makes the calm moments more relatable. And in fact, seeing the corners of a hospital that one would never see in health, kills one’s curiosity. In whatever way you list the phases of a human, this is a place where all phases exist simultaneously in a gory and tense harmony. As the hospital imam says, it is all a matter of perspective! Deniz Tortum’s documentary, after being called the Best Documentary Feature at both the Istanbul and Antalya festivals, and Best Film at the Accessible Film Festival, made its U.S. premiere at the Imagine Science Film Festival in New York, where it was awarded the Labocine Special Mention.

Ghosts is perhaps the best Turkish feature of the year, and the proof is in its collection of national and international awards over just two months. Right after its premiere at the Venice Film Festival, Azra Deniz Okyay’s film received the International Critics’ Week Award. Multiple awards followed, including the Antalya Film Festival’s top prize, the Golden Orange. Finally, the film received the Human Values Award and the WIFT Award at the Thessaloniki International Film Festival, honors that are presented to a film made with humanity’s best values in mind, and a film by a female filmmaker. Ghosts is still a mystery for those of us who were not able to make it to Venice or Antalya this fall, but the story is set across a single day during a power shortage, following the intersecting stories of four different characters in the ghettos of the city.